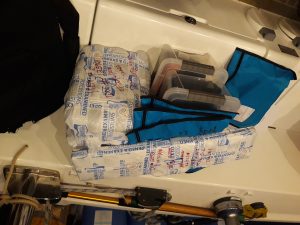 A joint operation by Fiji Revenue and Customs Service, Fiji Police, Biosecurity Authority of Fiji and Health Department led to seizure of 13 bars of Cocaine weighing 15 Kilograms and Ecstasy tablets with an estimated value of USD$10 – 15 million.

The yacht searched by Customs and other Border Law Enforcement Agencies at Denarau Port this afternoon came from Borabora, French Polynesia.

It is also confirmed that US$15,000.00 undeclared currency, guns and ammunitions have been detained from the yacht.

“This seizure is a testament of our commitment to protect our borders and ensuring our country is safe,” Mr. Das said.

“Let this be a reminder to those planning to use Fiji to carry out such illicit trade,” he added.

“The collaboration between stakeholders continues to strengthen and the seizure is a testament of this,” Acting Commissioner of Police Rusiate Tudravu said.

“We are not going to allow anyone to think they can come in and out of our borders and use it as a transit point or a destination to execute their illegal dealings and this should send a strong warning to others that we have a close eye on our borders,” he said.

The yacht has been seized and will be forfeited to the State. Four crew members are now in Police Custody.

Get Our Latest News & Events right to your inbox